Links to more Wordless Wednesday posts can be found here.

Links to more pictures can be found here

Reflections of each other, Painted Storks, busy tending to their nests. Clicked at Vedanthangal Bird Sanctuary, Kancheepuram.

More pictures on the theme can be found here.

The Common Hawk-Cuckoo (Hierococcyx varius), popularly known as the Brainfever bird, is a medium-sized cuckoo resident in the Indian Subcontinent. It bears a close resemblance to the Shikra, a sparrow hawk, even in its style of flying and landing on a perch. The resemblance to hawks gives this group the generic name of hawk-cuckoo and like many other cuckoos these are brood parasites, laying their eggs in nests of babblers. (Wiki)

More sky pictures of the week from around the world can be found here. 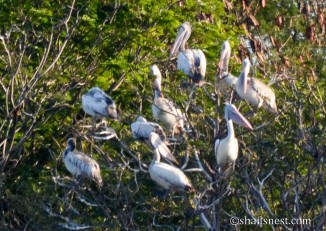