Clicked while boating in Banasura lake at Wayanad.

These were clicked at Edakkal Caves, two natural caves in Wayanad. ‘These are not technically caves, but rather a cleft or rift approximately 96 feet (29 m) by 22 feet (6.7 m), a 30-foot-deep (9.1 m) fissure caused by a piece of rock splitting away from the main body’

They lie 1,200 metres above sea level on Ambukutty Mala, beside an ancient trade route connecting the high mountains of Mysore to the ports of the Malabar coast. Inside the caves are pictorial writings believed to date to at least 6,000 BC, from the Neolithic man, indicating the presence of a prehistoric civilization or settlement in this region. The Stone Age carvings of Edakkal are rare and are the only known examples from South India. (Wiki)

The first picture is taken from the entrance and the second from the opposite side, the view towards the entrance. 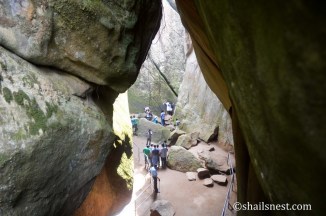 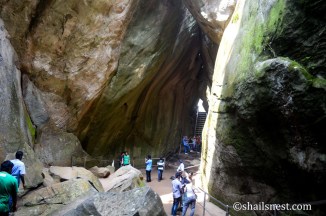 For links to more pictures on the theme for the week, go here. 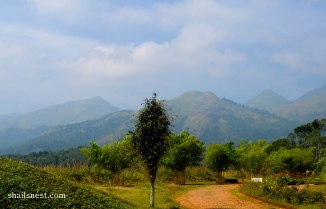 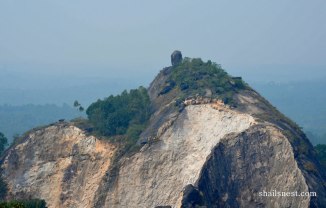 To know more about the challenge and find links to more pictures for the week, go here.

My entry for this week’s challenge whose theme is ‘signs‘:

This one is from the homestay in Wayanad where my friends and I spent a lovely weekend. 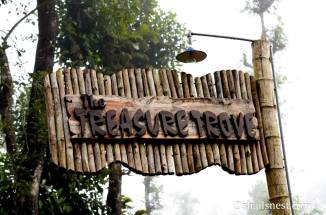 I found the one below at the Soochipara Waterfalls.

As for this one, the board itself says it all. From the rehabilitation centre for elephants at Kappukadu. 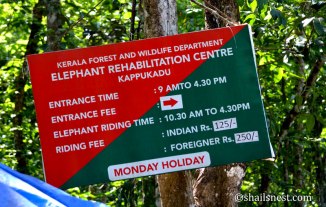 This one is from Kochi’s green lung, the Mangalavanam Bird Sanctuary. 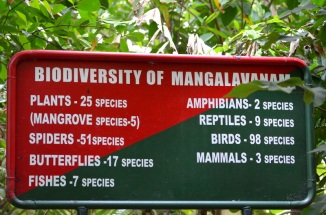 The one below is from the park in the Banasura Dam area.  Don’t fall into that hole 😀 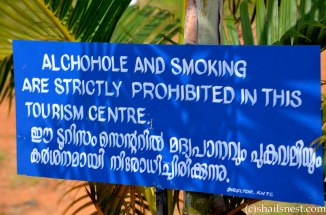 The next one is not only amusing but also puzzling. Just what it means is quite beyond me 😉 I spotted and clicked it while walking along the roads of Bangalore.

For Week 20 of Cee’s Odd Ball Photo Challenge, a stone fence, and who’s that, hiding from the photographer, behind a column?!